First off, let me apologize for being so lax in my posting last week. My mom was visiting last weekend, and then this past weekend I had friends in town, and I wasn't feeling well early in the week and blah blah blah, excuses excuses excuses, but I should be back now!
So as I mentioned my mom came up to visit me and she mentioned that she wanted to do something fun with her nails so she brought some craft scissors that we had at home, and I used them to cut the tape to put on my nails. I know my left hand looks rather atrocious, but somehow my right hand turned out better (second picture in the bunch). The greenish/tealish color is Forever 21 mood-changing polish, which actually worked, which gave me no end of happiness! Like a dummy, I forgot to take a picture of the color the polish turned when it changed, but it's a deepish green (where it starts out a teal color, as seen below). An then I wanted to play with the craft scissors, so I put a coat of white (Confetti Wedding White) on top, but that was blinding, so I finished it off with a coat of silver (Finger Paints Easel Come, Easel Go!), also using the craft scissors.
Just a quick note, the mood-changing polish might not appear to be working because I think it's supposed to be heat activated and when I had it on in the shower, the color didn't change. But when I was driving later, it totally changed color! Probably going back to buy the purple one at some point lolll. 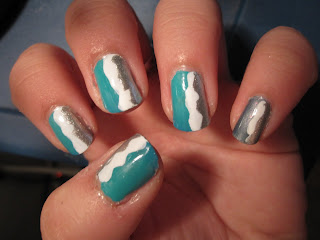 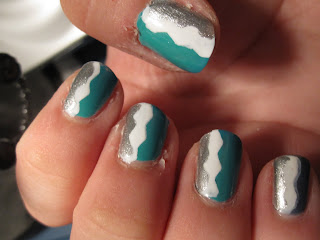 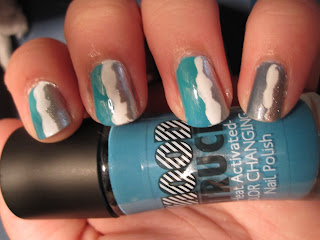 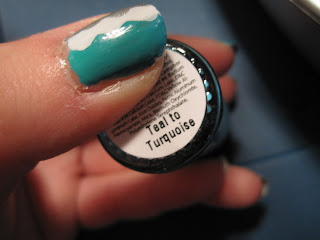 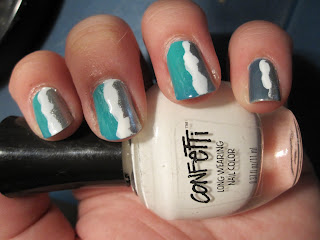 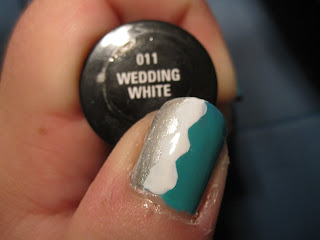 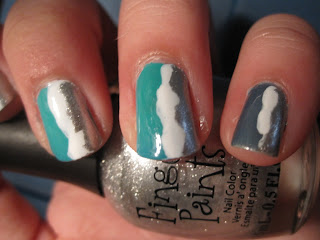 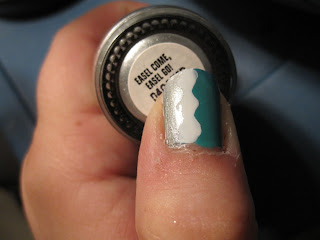 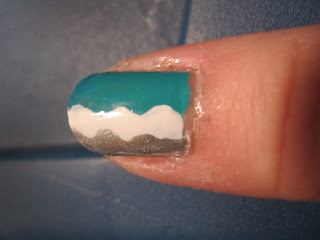 Alexa
Hi! I made this blog mainly to showcase all the different nail polishes I have and to share my opinions about the good and the bad, but also if I find other things I want to do with my nails, I'll put that on here too! It's to show off my addiction and kind of to give it a little validation so I don't feel like I'm doing this only for myself lololll. I'm a 20 year-old English student who wants more than anything to make this blog a success, and to one day live in Canada!